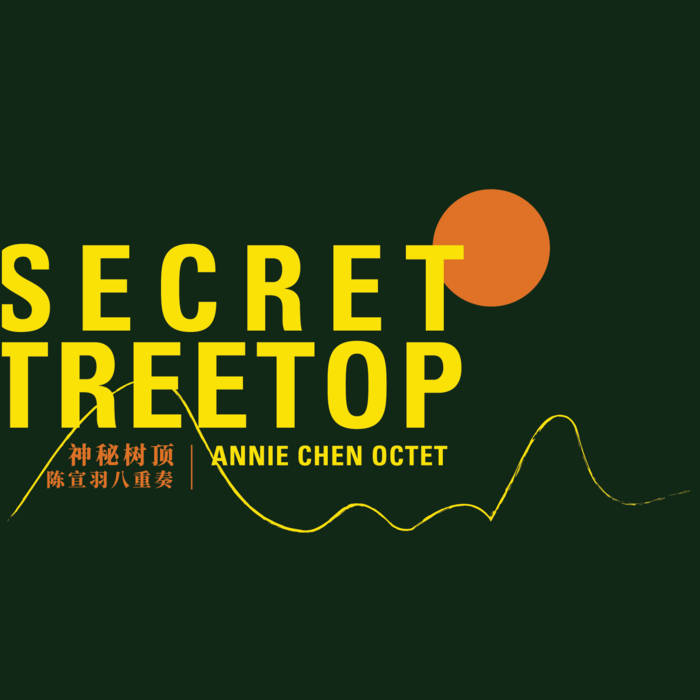 Vocalist/composer Annie Chen, born in Beijing and based in New York, is both musically and geographically international. As a child she studied classical piano but also fell in love with jazz. As an adult she became interested in traditional music from around the world. All of those influences emulsify into a unique style of Chen’s own on her second album, Secret Treetop, to be released November 2, 2018 through Shanghai Audio&Video Ltd. Co. “When you are standing at the top of the tree, you can see a much wider world,” says Chen in explaining Secret Treetop’s title. “It’s just like that when you’re making music: You need to see farther and open your mind and heart. Everything must be open.”
The album adds additional layers of global music influence by way of Chen’s octet, which features Polish guitarist Rafal Sarnecki, Japanese violinist Tomoko Omura and Canadian trumpeter David Smith alongside American jazz musicians Glenn Zaleski (piano), Alex LoRe (alto saxophone/flute), Mat Muntz (bass) and Jerad Lippi (drums).

Vocalist, composer, and bandleader Annie Chen has led ensembles varying from duos up to her current octet, and has performed her original music at major venues in the city. Chen’s original compositions which reveal a cohesive musical vision that integrates her influences from across traditional Chinese, Western classical, gospel, Middle Eastern, Eastern European and alternative rock music. ... more

Bandcamp Daily  your guide to the world of Bandcamp